by The Community Powerhouse 0 Comments
59 Likes

RECENT STUDIES HAVE reaffirmed a long known reality: young poorly educated Black men are disproportionately disconnected from mainstream society.  The numbers are significantly worse than for Latinos, Asians and whites.

“There’s something very different happening with young Black men, and it’s something we can no longer ignore,” said Ronald B. Miney, professor of social work at Columbia University and editor of Black Males Left Behind (Urban Institute Press, 2006), quoted in an article by Eric Eckholm in The New York Times.  (“Plight Deepens for Black men, studies warn,” March 20, 2006)

Neoconservatives, of course, point to these new studies by scholars from Columbia, Harvard, Princeton and other top universities as proof that poor education and lack of job training—and of desire—are the source of the crisis.  They add that the massive social spending of the past three decades originating with the Great Society has failed and feeds this disproportionate decline.  The blame is on the victim, not on society.

In truth these studies, once again, show the pernicious nature of institutional racism in U.S. society.  It isn’t a lack of desire or ability to learn and function in mainstream society.  It is being placed in a deep hole to crawl out of to compete with others.  The question is, is it possible to turn that reality around, and how?

African Americans—men and women—suffer a unique historical scar.  The legacy of slavery and legal segregation affects their view of themselves and the view of other Americans towards Blacks, especially young Black men.

Mindsets and behaviors—subjective factors—are socially driven.  This is why it is doubly if not triply difficult for young Black men to move out of inner cities and end generational cycles of poverty.  The New York Times, USA Today, Los Angeles Times, San Francisco Chronicle, and other mainstream papers have interviewed inner city youth and gotten the same response—”You’re not telling us anything we don’t know.”

Young Black men who do not finish high school are more than likely to have a difficult time getting or holding a job, to spend some time in prison and a life of crime in order to survive.

“These were among the recent findings,” writes Eckholm.

“he share of young Black men without jobs has climbed relentlessly, with only a slight pause during the economic peak of the late 1990’s.  In 2000, 65 percent of Black male high school dropouts in their 20’s were jobless—that is, unable to find work, not seeking it or incarcerated.  By 2004, the share had grown to 72 percent, compared with 34 percent of white and 19 percent of Hispanic dropouts.  Even when high school graduates were included, half of Black men in their 20’s were jobless in 2004, up from 46 percent in 2000.

“Incarceration rates climbed in the 1990’s and reached historic highs in the past few years.  In 1995, 16 percent of Black men in their 20’s who did not attend college were in jail or prison; by 2004, 21 percent were incarcerated.  By their mid-30’s, 6 in 10 Black men who had dropped out of school had spent time in prison.

“In the inner cities, more than half of all Black men do not finish high school.”

The studies’ focus is insightful and pertinent, because young Black men top the list of all social groups in the Black community to have the least advancement since the end of Jim Crow legal segregation.  (Black women have made more progress due to overall gains won by women.)

The so-called Black middle class is a growing social layer, but relative to the community as a whole it is quite modest in size.  The end of legal segregation has allowed that layer to move out of inner cities and live and work in predominantly white areas once considered off limits.

This reality has focused attention on the majority of African Americans unable to leave working class areas.  It is why the new studies are important and pose a challenge to society as a whole.

“With the shift from factory jobs, unskilled workers of all races have lost ground,” reports The New York Times, “but none more so than Blacks.  By 2004, 50% of Black men in their 20’s who lacked a college education were jobless, as were 72% of high school dropouts, according to data compiled by Bruce Western, a sociologist at Princeton and author of the forthcoming book, Punishment and Inequality in America (Russell Sage Press).  These are more than double the rates for white and Hispanic men.”

Robin Kelley in his book, Yo’ Mama’s Disfunktional: Fighting the Cultural War in Urban America(1997, Beacon Press), puts the plight of African Americans in perspective when he explains:

“Calls for color blindness and laissez-faire economic strategies also camouflage the critical role the state has played in reproducing inequality and creating an uneven playing field.  Tax laws and social welfare, retirement, and housing policies have impaired the ability of African Americans to accumulate assets while facilitating white access to wealth.  For most people the key to wealth accumulation is homeownership.  White homeowners in the post-World War II era enjoyed a dramatic rise in property values, which served as the basis for the baby boom generation’s upward mobility.  The return on their investment enabled them to pass on wealth as well as educational opportunities to their children.

“For most black folk, however, segregation shut off much of the post-World War II housing market.  To compound matters, Federal Housing Administration (FHA) policies of giving mixed and African American neighborhoods lower ratings, racial discrimination by lending institutions, redlining, and white flight—you name it—put black folks at a disadvantage in the housing market.”

Kelley goes on to point out the racial impact of zoning laws and lax enforcement in placing toxic waste sites hazardous landfills in minority communities, along with preferential infrastructure development in white suburban communities and the destruction of Black neighborhoods through “urban renewal.”  He concludes:

“What is important to recognize here is that middle-class and affluent white Americans have benefited from certain kinds of ‘affirmative action’ under a different name, i.e. government supports and subsidies, and that in virtually every Western country the state is employed to reduce poverty and create equality of opportunity and monitor discrimination.  The fact is, we do not have a free-market economy and never completely had a free-market economy.  Many of the problems minority workers and students face, and many of the benefits white workers and students receive, are not merely the product of thrift and hard work in a free-market economy but outcomes determined largely by government policy.”

While there have been some improvements in the last decade during the housing market boom, the gap between white and Black ownership has persisted.  Institutional racism (including housing discrimination) is based on these structural disadvantages that the African-American community lived in the past and still suffers from today in its vast majority.

In addition, the studies highlight the crisis of leadership in society for the working poor and its most discriminated layers.  The lack of viable and effective civil rights and labor movements, both under attack, on bread and butter issues leaves the weakest segment of the population more defenseless.

The decline of relatively high-paying “blue collar” jobs in the auto, steel and airline industries in particular means there are fewer job opportunities for those who graduate from high school and trade school.  The “new” jobs tend to be in the lower-paying service sector with fewer benefits.  It is not a surprise that many Blacks see undocumented immigrants as taking jobs they might get.

The fact that unions are in decline (representing less than eight percent of the private sector and 12% including the public sector) impacts Black workers the hardest.  It is harder for Blacks to move from the industrial manufacturing sector to public sector jobs that pay comparable wages and benefits.  The de facto housing segregation has isolated young Black men in neighborhoods that are also remote from many of the better paying jobs in the public sector

The large number of Black men who have served time in prison is also an issue of voting rights.  In particular, a recent Human Rights Watch report shows how African Americans are arrested at disproportionate rates for drug violations, although whites in fact commit more “drug crimes” than Blacks.

During the 1970s, Blacks were twice as likely as whites to be arrested for drug-related offenses; by 1998, “with national anti-drug efforts in full force, Blacks were arrested on drug charges at five times the rate of whites.”  (www.hrw.org/reports)

These few examples illustrate how institutional racism and class discrimination continue to permeate society.  Young Black men, not surprisingly, suffer the greatest from this reality.  So what can be done?

First, there must be a recognition that many of the problems facing young Black men are not unique to them.  It is necessary to build cross-ethnic alliances and working- class solidarity.  Second, the problem of lack of higher-paying jobs is not just about education and training.  As many labor experts and sociologists point out, you can have the best traditional skills but if there are no jobs due to outsourcing or global competition, you’re out of work.

What’s needed, finally, is the emergence of an independent civil rights movement led by young Black people, including the some five million young Black men between the ages of 20 to 29.  When that happens real change becomes possible. 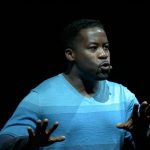 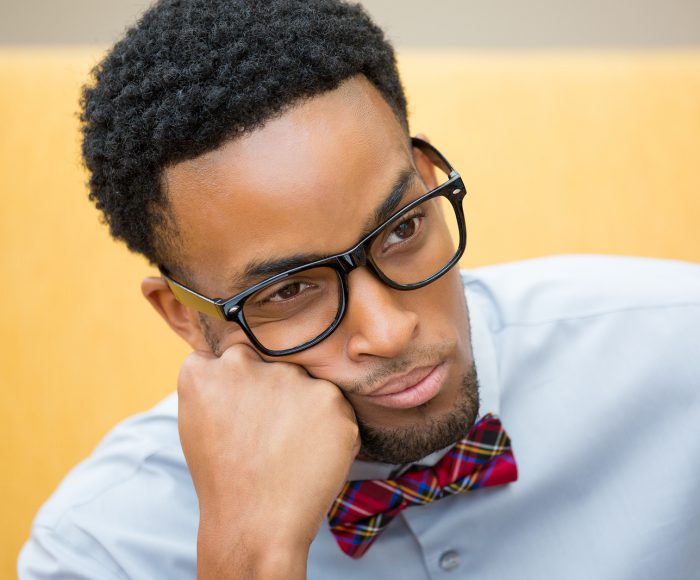 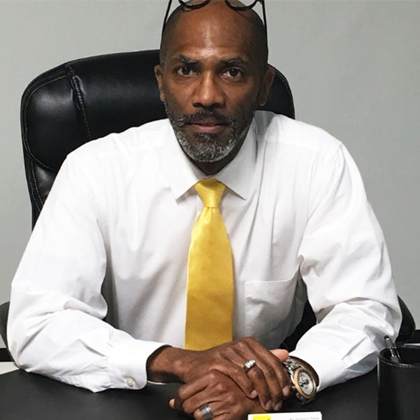 Together We Can Spark Hope, Ignite Optimism & Create The Currents For a Brighter Future 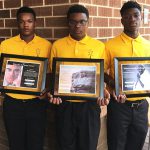 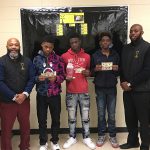 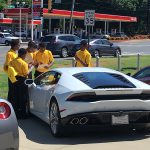 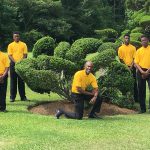 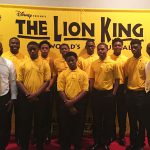 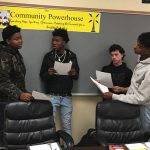 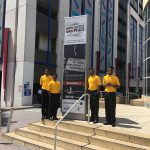 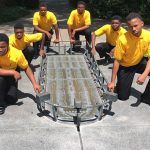 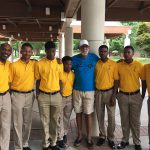